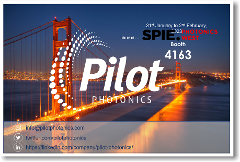 San Francisco, Jan 31, 2023— Pilot Photonics today announced the availability of a new widely tunable laser module. It is the only commercially available tunable laser that offers the elusive combination of nanosecond switching and narrow linewidth solving a long running challenge in the industry.

Widely tunable semiconductor lasers can typically offer narrow linewidth, or fast tuning, but not both. In optical fiber sensing systems, electronically tunable lasers have traditionally been used for their fast tunability over a wide tuning range which is achieved using a current injection tuning mechanism. However, these lasers exhibit linewidths that are unsuitable for demanding phase sensitive applications such as coherent optical communication and frequency modulated continuous wave (FMCW) LiDAR. Changing to a thermal tuning mechanism reduces the linewidth, but at the expense of switching speed which renders the laser unsuitable for some of these applications.

Pilot Photonics’ laser is based on a monolithic InP chip fabricated on an active-passive platform. Electro-optic tuning with reverse-voltage bias of tuning sections allows mA-order dark currents and facilitates nanosecond switching speeds with low power dissipation. It offers more than 30nm of wavelength tuning range in either the C-band or the O-band, and linewidth of 150kHz. Currently available in 14-pin butterfly package or integrated into an OEM or laboratory instrument form-factor module, the company is also developing a nano-iTLA module for high volume applications.

“We have been working with our partner SMART Photonics on a couple of innovative tunable laser designs made possible with their PIC platform” said Dr. Frank Smyth, founder and CTO at Pilot Photonics. “These devices target specific challenges that our customers are facing, and we are delighted to help solve them”. 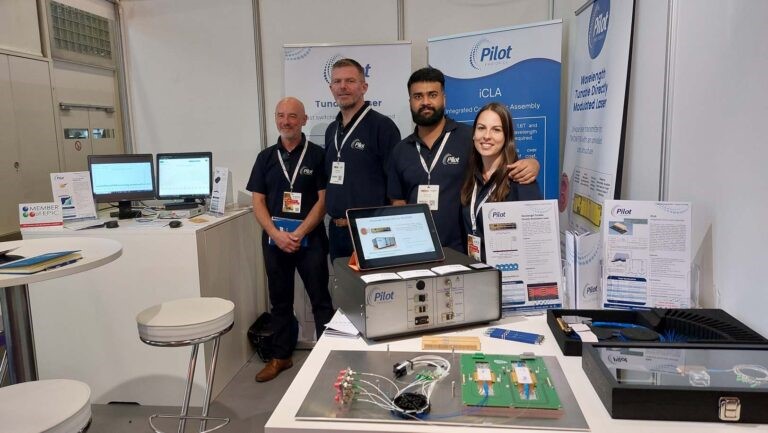 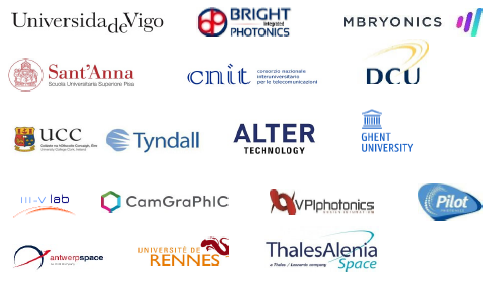 The MWP4SPACE project will train specialists in Integrated Microwave Photonic (IMWP) devices and systems in the framework of satellite and space applications. MWP4SPACE will offer an education program for 15 doctoral candidates structured in research projects and network‐wide training activities.

Pilot Photonics is an associated partner in the training network which is formed by 6 European Universities, 1 non‐profit academic research institution and 9 companies that are world‐class references in both photonics and space technologies. 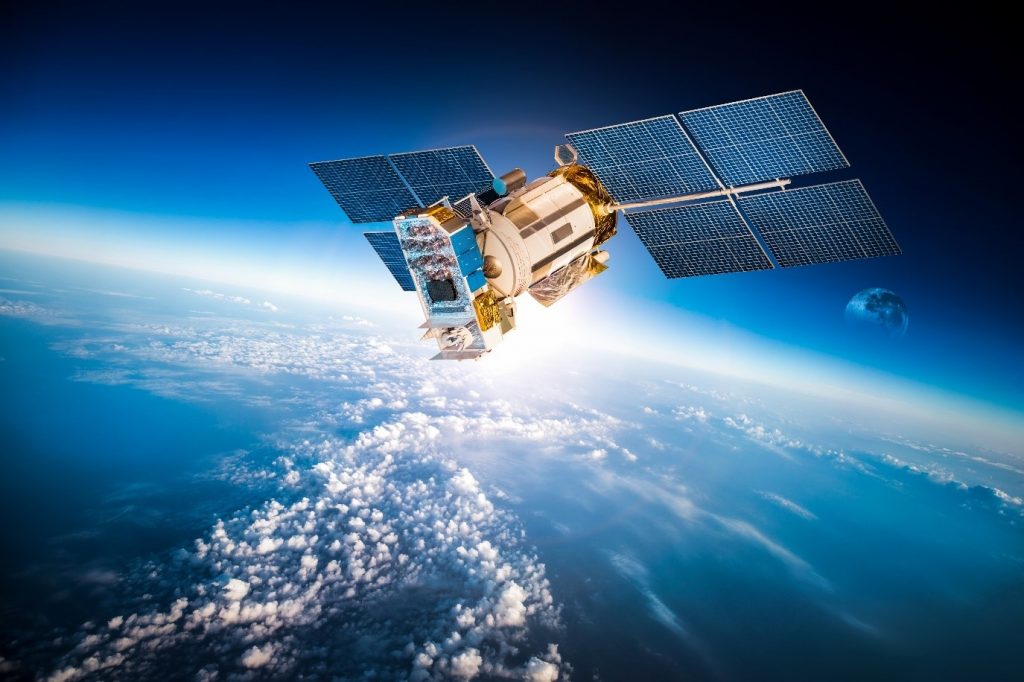 Pilot Photonics is pleased to announce that it has signed a new contract with the European Space Agency. This contract, the company’s fourth with the Agency to date, is valued at €600,000 and focusses on the development of miniature comb lasers based on photonic integration and their potential use in Space Science instruments and applications.

Optical frequency combs are becoming an increasingly important tool for many scientific applications because they link the optical and microwave domains, allowing coherent phase locking of signals from each domain. Such phase-locking allows light cycles to be counted using microwaves in high-frequency metrology applications such as atomic clocks and allows precise optical frequencies to be generated from microwaves in optical synthesisers. Other space-relevant applications of frequency combs include astronomical spectrometer calibration, spectroscopy and imaging, fundamental physics experimentation and telecommunications.

Traditionally, optical frequency combs have been produced using large, bulky components based on high power fibre lasers. Many advances have been made in recent years in the areas of optical comb lasers and photonic integration to dramatically reduce the complexity, the cost, size, weight, and power of frequency combs. In this project, Pilot Photonics will combine broad cavity-defined comb lasers with flexible RF-defined comb lasers to exploit the best properties of each in selected space science applications. The company will partner with Trinity College Dublin on the development of the technology, which will subsequently be tested in the space science applications by validation partners the Royal Belgian Institute for Space Aeronomy and Maynooth University. 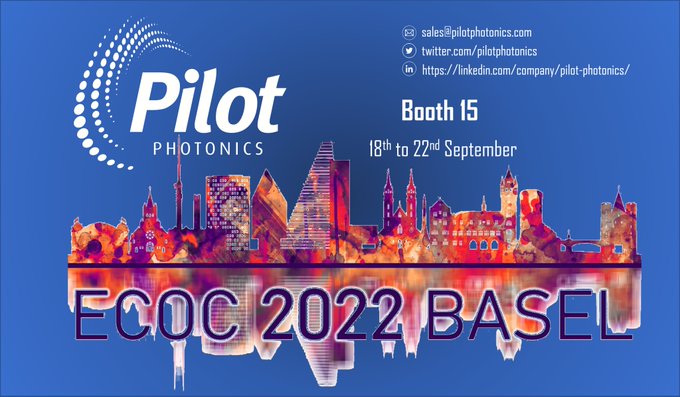 Pilot Photonics attended the European Conference on Optical Communication in Basel this September. The company took its largest trade show booth to date, and six members of the Pilot team demonstrated a number of new and existing products and technologies during a busy three days at the show.

The products on display were

Off the booth, Pilot Photonics’ CTO Dr. Frank Smyth presented a talk on Pilot’s integrated comb laser assembly (iCLA) at the Product Focus Session. The slides from the talk can be downloaded here [ LINK TO CONTENT].

He also spoke about the same technology to the ECOC TV team, and that interview can be viewed below. The company is led by CEO William Oppermann and CTO Frank Smyth. William Oppermann was founder of Kernel Capital portfolio company MPSTOR which was successfully sold to Sanmina in 2016.
Leo Clancy, chief executive of Enterprise Ireland, said that Ireland was early to recognise the importance of photonics and has invested heavily in photonics R&D for more than 25 years.
“Pilot Photonics is leveraging that state investment in early-stage R&D to create advanced technology products with global potential,” he added.
“The world we know today would not exist without photonics and the influence of the technology will grow even further as it converges with advances in Artificial Intelligence, delivering new applications across a broad spectrum of markets including telecoms, healthcare and autonomous vehicles, Denise Sidhu, a Partner with Kernel Capital, said.
Thursday, 24 Mar 2022.

Subscribe for exclusive updates and to get more informations

No Thanks I'm good.